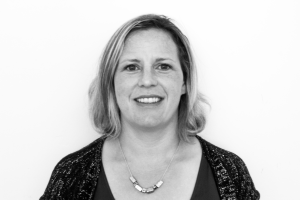 Helen has worked extensively in music education initiatives across Cork City and County. From 2001 to 2006, she was involved with the UCC Bridging the Gap initiative in primary schools around Cork. As a member of staff at the Macroom centre of CCSM, Helen established the Macroom Feis which ran from 2005 – 2009. Since 2013, Helen has been involved with Summer SING!, an initiative designed and developed by ARTLifeCULTURE in partnership with Music Generation Cork City and Cork City Council Social Inclusion Unit.

Helen has been a member of many orchestras and choirs including the National Youth Orchestra of Ireland and the Irish Youth Choir. Currently, she is a member of the City of Cork Symphony Orchestra who perform regularly with international artists such as Tasman Little. Helen also conducts the acclaimed Cork Chamber Choir which collaborated in producing and performing a new work with Ian Wilson as part of the Cork International Choral Festival 2014. Recently, the choir traveled to Zagreb, Croatia where they took part in a cultural exchange with the Cantores Sancti Marci.