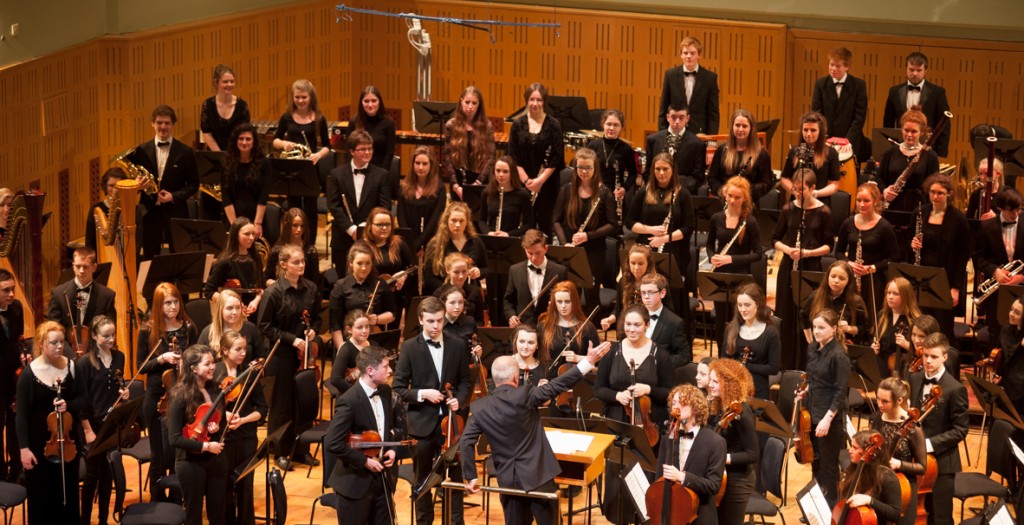 For many years, Professor James Cavanagh of the Royal Irish Academy of Music has suggested bringing players from member orchestras throughout the country together to perform at the Festival of Youth Orchestras. This year, being the auspicious 20th, we decided to go for it with the aim of having players from 20 or more orchestras. This aim has been exceeded with over 80 players from 26 orchestras from Cork to Donegal and most places in between getting together to rehearse at the Royal Irish Academy of Music for two week-ends in advance of the Festival and at the National Concert Hall on 7th February.

To celebrate this first IAYO Festival Orchestra, we have commissioned a young composer from Cork, Sam Perkin, to write a new piece that can be performed by the Festival Orchestra and other orchestras around the country. Dreaming in Sign Language has the young players putting down their instruments to become the sound and sight of the orchestra, humming, clapping and signing (not singing) along to the accompaniment of a harpist, bass drum and solo violinist.

It’s going to be fun! Enjoy!