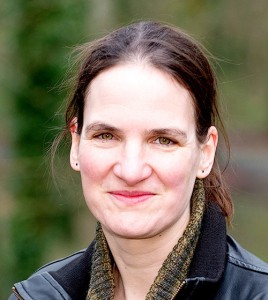 Katharina was born and raised in Lübeck in the North of Germany, where she was surrounded by music at home, at church and in school throughout her childhood and youth. The violin became her main instrument and opened the gates to orchestras and chamber music, which alongside choir singing became a vital part of Katharina’s teenage years.

After her leaving cert, Katharina spent five years working with voluntary organisations in Sweden and Ireland. In 1996 she moved to Stockholm where she first studied Musicology at Stockholm University followed by a five year course in Violin (Ulla Magnusson), Violin Methodology and Ensemble Conducting at the Royal University College of Music, from which she graduated in 2002 (MA.MusEd).

In June 2002 Katharina returned to Ireland with her young family and settled down in County Galway. After working in different Music Schools in Galway and Ennis, Katharina founded ‘Coole Music’ in 2005, a community music school dedicated to joyful, creative and supportive music-making.

Katharina always enjoyed writing music for her students and has a passion for chamber music. In 2011 she published her first 4 volumes in the series of Character Suites for young quartets and string orchestras which since have grown to 6 volumes some of which were recorded by the RTÉ ConTempo Quartet last spring.

Katharina is delighted to conduct the premiere of her latest orchestral piece at the Festival, entitled Aus der Distanz.