The year I got to fulfill a lifetime ambition – to conduct on the stage of the National Concert Hall. 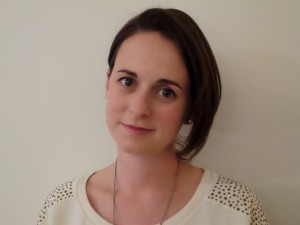 Marianne White began her musical studies in Dublin as a violinist in the Young Dublin Symphonia. She later became involved with the Donegal Youth Orchestra and in university the UCD Symphony Orchestra. A graduate of UCD in 2002 with a Bachelor of Arts Degree in Music and French (hons), she continued her studies in musical education in Trinity College Dublin by achieving a Higher Diploma in Education. Her passion lies in the development of youth orchestras and voluntary music groups.
In her work as a post-primary school music teacher she has undertaken trips abroad with the school orchestra, conducted on television, conducted the Orchestra in the National Concert Hall on several occasions and participated in competitions and feiseanna around the country.

A qualified piano teacher (ALCM), she founded the Portmarnock School of Music in 2010, a school of music which provides music tuition in Portmarnock and the surrounding areas in North County Dublin. She has been a session musician with bands. She is an organist with the Burrow Singers in St. Anne’s Church in Portmarnock, Co. Dublin, which is a voluntary musical group. She is a professional pianist and has held many residencies in the Dublin area. She also holds a Diploma in Legal Studies. She was elected to the board of the IAYO in 2014.

On the best thing about the Festival…The thrill of looking out into the audience and seeing my family.

How did you become involved with youth orchestras and the Festival?
By being a member of the Donegal Youth Orchestra

Can you remember the first time you played at the Festival?
Yes, it was an amazing experience

Do you have a favourite of the Festival?
The year I got to fulfil a lifetime ambition – to conduct on the stage of the National Concert Hall.

What impact did the National Concert Hall have on you?
It was daunting and nerve-wracking, but a huge feeling of achievement when it was over.

Do you think this prepared you for future performances?
Absolutely, I had a good idea of the festival and how it ran.

Did being part of the festival, and youth orchestras in general, help the transition from player to conductor?
Yes, it gave me an insight into the things you can create when you work as part of a team.

Are you still involved in the Festival?
Yes, as a board member of IAYO.

What was the best thing about being involved in the Festival?
The thrill of looking out into the audience and seeing my family.

What are the differences between being a performer and a conductor?
The expectation and nerves are the same, however the feeling of accomplishment when your students / members play well is unrivalled.