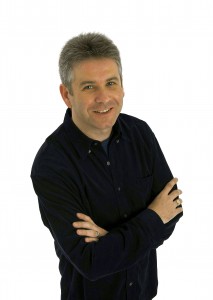 Ronan O’Reilly studied piano, oboe, organ and composition at the College of Music in Dublin. He is a conductor, teacher, arranger, performer and music copyist for both RTÉ orchestras. As an oboist he has worked with the RTÉ Concert Orchestra, the Ulster Orchestra and Irish Chamber Orchestra. He has performed in studio, theatre and on television as a keyboard player with Ireland’s top orchestras. Ronan has showcased his talent in the world-renowned Carnegie Hall, Boston Symphony Hall and Chicago Symphony Center.

Currently, Ronan is the Musical Director of the Artane School of Music where he conducts the various ensembles incorporated within the school. The bands of the Artane School of Music perform regularly and participate in live radio and television broadcasts including the annual GAA football and hurling championships. Ronan is also principal conductor of the Greystones Orchestra, and has been a regular wind, brass and percussion tutor to the National Youth Orchestra of Ireland. His conducting repertoire includes a wide variety of classical and choral music, opera, jazz and musicals.

Ronan was appointed Principal Conductor of the Irish Youth Wind Ensemble in August 2007.